Cronus Zen is a breakthrough device founded on the rich legacy of CronusMAX, universally recognized as the world’s definitive controller emulation and scripting technology. GAMING WITHOUT LIMITS Z.. Enjoy gaming the way it should be enjoyed with this Microsoft Xbox One X 1TB Console. With 40 percent more power than any other console, it allows you to experience immersive true 4K gaming. Block.. SSD STORAGE: With Microsoft next-generation SSD, nearly every aspect of playing games is improved. Game worlds are larger, more dynamic and load in a flash and fast travel is just that – fast .. Express yourself with customization and depth, defining your signature style on the courtSeamlessly play and progress your player through a true representation of basketball, bringing together the..

NBA LIVE 19 The One Edition - PlayStation 4 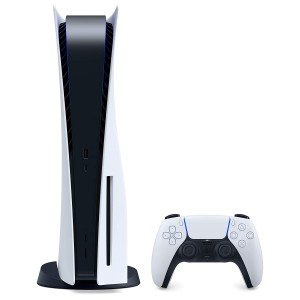 Experience lightning-fast loading with an ultra-high-speed SSD, deeper immersion with support for haptic feedback, adaptive triggers and 3D Audio, and an all-new generation of incredible PlayStati.. Hundreds of PlayStation games to choose from: Including many PlayStation Vita games such as Killzone: Mercenary, God of War Collection, and Borderlands 2, classic games from PS One and PSP syste..